Keep up to date with the latest news from Gemma Lighting

Situated at the meeting point of the Hull and Humber rivers, the tidal barrier has been protecting the city from floods since 1980, and in 2010 the barrier undertook a £10million refurbishment being led by Qualter Hall, one of the UK’s leading multi-discipline Engineering specialists.

The barrier’s lighting was situated 30 metres in the air, difficult to access and even more difficult to maintain, and part of the refurbishment needed the poor visibility of the dim yellow lighting to be improved upon.

Gemma Lighting’s LED products were chosen to replace the 400W SON and 1kW Halogen floodlights that were being used on the barrier initially, with Spitfire 72 LED Flood lights chosen for this project. 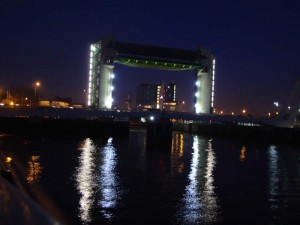 The natural appearance and high visual acuity meant the Spitfire was the ideal solution for Qualter Hall, and with the high life span of up to 100,000 hours the LED lighting will not need replacing for another decade at least.

The energy efficient nature of the Spitfire, like all Gemma products, meant 25 tonnes of carbon were also saved annually.

Both Qualter Hall and Gemma Lighting were pleased with the result of the improvements, with the new LED products achieving the targets set out at the beginning of the project, improving the aesthetics of the barrier to bring it in line with more modern designs.

Steve Caddick of Qualter Hall said of the project: “It was very important that the new lights were low maintenance and looked good. Gemma Lighting’s response to our specification was very diligent and we are pleased to be saving energy through using their LED lights on our renovations.”

As manufacturing declines in the UK, it’s comforting to hear a success story and from a manufacturing Company on our doorstep. Gemma Lighting have bucked the trend of a UK wide 2% drop in manufacturing to record an astonishing growth of 132%. Manufacturers of LED lighting for offices, factories, warehouses and street lighting, Gemma Lighting are pushing ahead with exports leading the way. 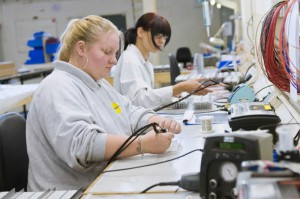 “We are keen to grow domestically” says Managing Director, Craig Manuel, “but I do get frustrated when I go to Abu Dhabi and see our street lights widely used, but we only have a handful of streets in Portsmouth”.

Local MP Penny Mordaunt who is championing environmental issues and local manufacturing recently visited Gemma Lighting to understand the savings to be gained by local Government. “Our sums suggest that in Portsmouth alone, we can help the council save over £1 million per year on electricity, and that is with highly conservative estimate” said Sales Director, Mark Major.

The team at Gemma believe the future is good for further sales expansion, and expect to grow sales significantly creating local employment opportunities. Gemma have pride in being able to design products specifically for the application, as well as volume standard designs.

The Enhanced Capital Allowance (ECA) scheme enables businesses to claim 100% first-year capital allowance on investments in LED Lighting, against the taxable profits of the period of investment. 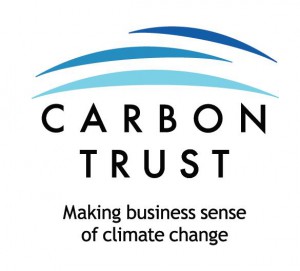 A higher standard of energy-saving:

Capital allowances enable businesses to write off the capital cost of purchasing LED Lighting against their taxable profits. They take the place of depreciation charged in commercial accounts.

The general rate of capital allowances is 20% a year on a reducing balance basis. For example, if a business spent £1,000 on LED Lighting, it could claim capital allowances of £200 (20% of £1,000) against the taxable profits of the period of investment. Assuming the company pays corporation tax at 28%, the effect of the capital allowance for spending on LED Lighting in the period of investment would be to reduce the business’s tax bill by £56 (£200 @ 28%). The unrelieved balance of £800 (£1,000 less £200) is carried forward for relief against profits of later years. In this way the spending is written off over a number of years.

The 100% first-year capital allowance relieves all the qualifying spending. Therefore there is no unrelieved spending to carry forward against profits of later years.

Portsmouth City Council (PCC) is working with Gemma Lighting to trial the first LED street lights in the city. The Jupiter 60XL110 range of lights were designed and manufactured by the LED specialist in the UK and have the potential to cut the council’s street lighting bill by 50 per cent. 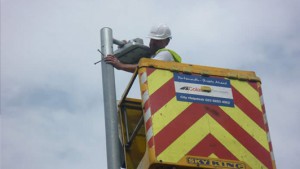 The Portsmouth fixtures are also the first LED street lights in the UK to have the control gear situated at the base of the column. To improve ease of access for the PCC maintenance team, Gemma Lighting designed a bespoke LED gear tray that contains both the driver and fuse, as well as accommodating a photocell.

The trial supports Portsmouth City Council’s low carbon vision, where it is committed to reducing emissions by 30 per cent from operational buildings, transport and waste by 2014. The Jupiter LED lights being trialled will reduce energy as they consume 70 watts compared to the 170 watts used by the current system. The fixtures’ photocell light sensor also automatically switches on the LED, reducing energy wastage normally experienced with traditional timer systems.

Portsmouth City Council said: “Our carbon management plan lays out measures for reducing the city’s carbon emissions over the next five years. It is initiatives such as this LED trial that could help us to do this in the future. The initial feedback from the trial has been encouraging and we will continue to monitor the LED lighting to review the benefits it could bring the city in the long-term.”

Gemma Lighting has already installed over 2,000 Jupiter LED Street Lights across the world. The Jupiter solid-state LED chips have a lifespan of 50-80,000 hours (10-15 years of use), are vandalism resistant and create a pure white light that improves safety for pedestrians and motorists. They are also easy to install with each fitting taking less than 30 minutes to fit and test.

Craig Manuel, Managing Director of Gemma Lighting, said: “Our products have been designed and manufactured in the UK for the last seven years. Both the energy and cost savings that can be made with our systems has already been proven in projects with the likes of BAA and Buckingham Palace. We are pleased that such customers recognise our reputation for excellence and are continuing to support UK manufactured products.”

Gemma Lighting LTD is working together with Value Addition (FZC)

Gemma Lighting LTD is working together with Value Addition (FZC) to distribute LED and Solar lighting solutions across the Middle East.

Gemma Lighting LTD believes the professional expertise shown by Value Addition (FZC) and their deep understanding of the regional industries will ensure customers across the Middle East will receive an excellent level of service and satisfaction.

Value Additions (FZC) has just won a contract to supply over 600 Jupiter 48XL100 DC LED street Lights in Dubai UAE, which are due to be installed in March / April 2009.

Engineers at Southampton Airport have been awarded a top prize for sourcing new and innovative ways of saving energy, using efficient LED lighting systems. The award was voted for by hundreds of engineering specialists from across BAA’s seven UK airport’s, and competed against many other energy saving initiatives developed throughout the company. 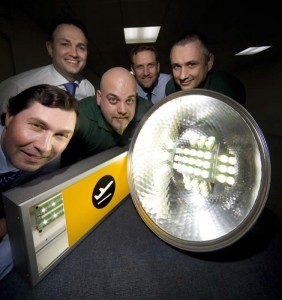 The new LED lighting systems designed and manufactured by Gemma Lighting and Displays have been installed around the airport, giving substantial savings in energy use, carbon emissions and costs.

The brilliant white light gives off little or no glare, which is ideal for use in clean and functional environments, such as airports, and is also transferable to other public buildings, such as hospitals and shopping centres.

The lights boast low voltage, efficient power use and minimal heat production, which cuts the use of energy. As a result, CO2 emissions from powering the new lights are predicted to be reduced by around 75%, when compared to conventional lighting.

Gemma Lighting LTD have recently been involved with an innovative LED lighting scheme. In association with Nottingham based Atkins Design Solutions, Gemma Lightings Venus 32 watt LED ceiling lights were supplied and fitted into classrooms at All Saints Catholic School in Mansfield Nottinghamshire.

The new LED lighting scheme was very much welcomed by All Saints who are one of the first schools within the UK to try out the benefits of this technology. 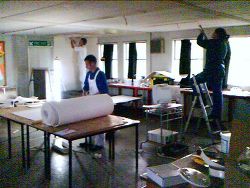 Don Lack, Chartered Scientist and Sustainability Consultant for Atkins Design Solutions commented “The major improvement to the lighting system in the classrooms has been achieved by utilising light emitting diodes (LED’s) which with a life cycle of 80,000 hours, has already proven to be more energy efficient then the traditional fluorescent lighting which was previously fitted. When surveyed the original lighting levels were low and the distribution around the classroom was poor with very little light falling on the white board at the front of the classroom. 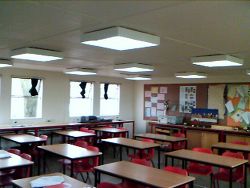 This poor luminance left the classrooms rather dark and did not create an enjoyable atmosphere in which to teach or learn. However, the new LED lighting has created a brighter environment in which to study and has been very well received by teachers and pupils alike. It’s certainly a great improvement on the previous lighting scheme”.