Over 80% savings in energy consumption

The Co-Operative Group is the UK’s fifth biggest food retailer and employs more than 74,000 people across its 2,800 stores. Committed to supporting British food production, the Co-Op is responsible for the largest farming project in the UK. The Southampton store at Terminus House is run by franchise and falls under the Southern Co-Operative group, which despite a tough year in retail still achieved a sales increase of 2.1% in 2011/12.

In line with its drive to lower their energy consumption and become a greener company, the Co-Op store contacted Gemma Lighting Ltd to provide more energy-efficient LED lighting at their Frobisher House site. The Southern Co-Op group were already aware of the benefits of working with Gemma Lighting after successfully working in partnership to complete the very first LED lit supermarket back in 2006.

The lighting setup initially in the store consisted of 54 fluorescent tube modular fittings, consuming almost 600 kilo watts per week as the lights needed to be on throughout the store’s trading hours, plus one third which also remained on overnight for security. The fluorescent lights were also difficult to maintain and had expensive refurbishment costs.

Having worked together previously, the team at Gemma Lighting were able to get to work quickly with the customer and produce a detailed set of drawings showing the lighting positions and forecasted LUX levels.

Gemma also recognised the additional requirements of the Co-Op, including built-in emergency lighting and one third of the lights remaining on outside of opening hours for security reasons.

The Venus 24 LED ceiling tile was selected for this project - with high uniformity and a wide voltage range meaning the Co-Op could easily replace the old fluorescent lights in the store. With an instant strike up time of 100ns the Venus 24 is also very efficient, consuming a total of 31 watts, and with a large lifespan of up to 100,000 hours the store would save approximately £2,160 a year on refurbishment costs, as well as a further 68% reduction in annual energy costs.

The low carbon emissions of the Venus 24 meant the carbon tonnage being produced per year would drop from 17.53 to just 6, and the efficiency of the LED lights would reduce energy consumption by 68%.

11 of the Venus units, as per the customer’s needs, included built-in emergency lighting, and Gemma Lighting were able to provide this thanks to the Venus, like all Gemma Lighting products, being manufactured to a high standard here in the UK.

The Co-Op was pleased with the successful consultation process and quality customer service received from Gemma Lighting Ltd on this project.

The installation of new LED Venus 24 ceiling tiles meant the store reached its aims of reducing its carbon emissions as well as cutting annual costs by more than 80%. Staff members were also very impressed overall by the clarity of light provided, commenting that the white light made for a more natural environment in which to shop. The quality of the product and its durability also meant a better working environment for members of staff - lights did not flicker, fail or generate excess heat as the previous lighting setup had and staff also found LED light to be less intense.

Parkview Retail are already looking at implementing Gemma Lighting energy saving products in additional stores in the New Year, and feel that LED lighting could form a large part of the Co-Op’s energy reduction programme and fulfil their goal to become a greener company.

Our experience with Gemma Lighting was very pleasant. Communications were always handled professionally and when we asked a question we got an answer. Although more LED lighting companies are emerging Gemma’s prices are more competitive and provide a comprehensive and professional service that I would recommend to other companies seeking similar solutions." 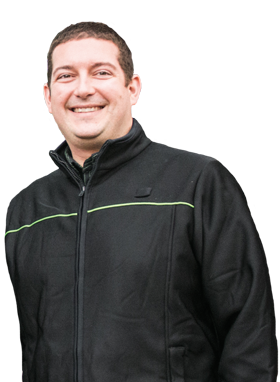