The Carlson Rezidor group operate dynamic hotels in over 80 countries, and counts both the Radisson & Radisson Blu hotels as part of its portfolio. With sites across the globe, the Radisson and Radisson Blu hotels specialise in comfort and service. The group operates 419 hotels worldwide and has plans to open a further 108 with the goal of reaching 600 hotels by 2018. Minutes from London Heathrow airport, the Radisson Edwardian Hotel is a distinctively designed location allowing visitors from all over the world to connect to London. With over 450 spacious and comfortable rooms of varying sizes and budgets, the Radisson also boasts a statement restaurant, stylish bar and soothing spa for its guests to enjoy.

In keeping with the hotels excellent facilities the Raddison Blu Edwardian Heathrow wanted to replace their existing sodium car park lighting as it had been identified as being one of the largest consumers of energy for the hotel site. Customers using the car park had also made various comments about the lighting setup with regards to its light output and overall coverage. Consisting of 55 x 250w sodium street and flood lights the car park was consuming a vast amount of energy resulting in a running cost to the hotel of over £7,000 per year. With the number of fixtures in place maintaining the car park lighting was also expensive and on top of this the sodium lighting was responsible for producing more than 40 carbon tonnes per annum. 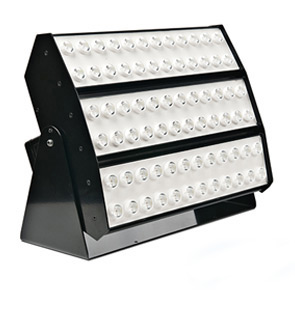 Gemma Lighting recommended that two of their more popular products should be used to replace the hotels existing 250W sodium lights – the Jupiter 72 XL130 LED Street Light, and the Spitfire 96 XL130 LED Flood Light. The Jupiter and Spitfire are robust and effective light sources and offer an ideal solution for illuminating car parks, roadways and pathways. The Jupiter and Spitfires efficient use of energy and directional light distribution not only minimises light pollution, but also provides greater longevity and reliability underpinned by a protection rating of IP66. Both product types were designed, manufactured and tested here in the UK which makes them ideal replacements for traditional lighting solutions.

The LEDs used by Gemma Lighting have been produced in a unique way which helps eradicate failures and outages. This has resulted in the Radisson enjoying huge reductions in expensive maintenance costs and the peace of mind that the new lighting setup will offer an estimated lifespan of more than 18 years. The hotel can also relax in the knowledge that further savings will be made, as the need to invest in expensive lamp replacements has now been removed.

The new and efficient LED lighting provided the Radisson with an instant return as the energy consumption in the car park fell by almost three quarters. The old sodium lighting scheme was accruing an annual running cost of £7,207. However, after installing Gemma Lighting’s Jupiter and Spitfire products, the hotel has seen that figure tumble to just £1,921.48. The amount of energy being consumed by the new LED lights is 73% less resulting in a total reduction of 52,857 Kw. With no lamps to replace or repair, previous annual maintenance cost of over £1,500 have now been removed, offering the Radisson a massive £136,171.48 reduction in operating costs across the estimated lifetime of the LED lights.

The Radisson Blu Edwardian can now boast that the new LED lighting has provided them with an energy efficient lighting scheme which has gone a long way to reducing the car parks overall environmental impact. The old sodium lighting scheme, previously installed was responsible for more than 40 tonnes of carbon waste. Thanks to the Jupiter 72 and Spitfire 96 that figure has fallen by 30 tonnes. This means that each LED light will save, on average, half a tonne of carbon per year during the life cycle of the LED lights. Further financial benefits will also be seen via the Carbon Tax Credit Refund scheme, as the hotel receives tax incentives for lowering their CO2 emissions.

I found the Gemma team to be very knowledgeable and especially helpful during their site visits. After supplying us with a detailed lighting plan and energy report, we knew Gemma’s LED lights would provide us with reduced energy costs, carbon emissions and maintenance costs, all of which are extremely important to the Raddison Blu Edwardian Hotel. Gemma’s LED Lighting now provides us with better illumination and we have received favourable comments from our hotels guests. I would certainly recommend Gemma Lighting to other organisations that are looking for a similar solution to their lighting problems" 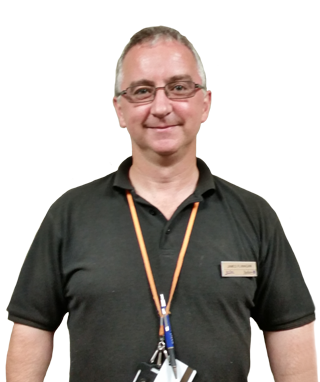