Over 80% savings in energy consumption

Based on Southampton Road, the Portsmouth Marriott welcomes visitors from all over the world to the south coast, with 173 rooms spread across seven floors. Looking to change out their initial lighting setup in the car park area, the Portsmouth Marriott wanted to replace their 70W Globe lights that were identified as being one of the largest consumers of energy for the hotel site. Customers using the car park also had made various complaints about the previous lighting setup with regards to its light output and coverage.

With this in mind the Marriott chose Gemma’s LED lighting solutions after assessing the options available, knowing from previous experience with other Marriott hotels the savings in energy bills and carbon reduction that could be made. The network’s flagship property at London Heathrow saved 17 tonnes of carbon usage per year, as well as making 85% of savings annually after purchasing Gemma’s LED lighting. Similar savings have been made at three other sites, including the Cheshunt and Waltham Abbey Marriott hotels.

At the heart of every decision the Portsmouth Marriott makes is the impact on the environment, and the Green Tourism Business Scheme gold award, coupled with the Carbon Trust Standard, are signs of the hotel’s commitment to reducing their carbon emissions. 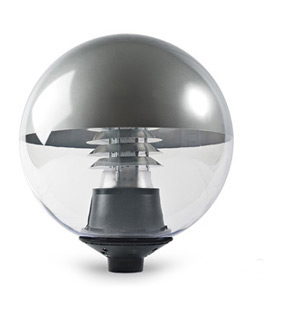 The Jaguar 24 was selected as the ideal product to replace the Hotel’s previous lighting setup, after an account manager visited the Marriott site and assessed their needs. Utilising the effective light distribution and life span of up to 100,000 hours the Jaguar 24 provides, it was put forward that this was the best product for the hotel in order to achieve its goals of improving light quality and reducing energy consumption. Users of the hotel car park would benefit from the brighter white light given off by Gemma’s LED lights, which also aid the use of CCTV security camera systems through improved picture clarity.

Gemma’s LED lighting products are much more efficient than traditional methods of lighting, due to the fact that they convert more power to light as opposed to heat, meaning they are also less prone to failures and outages. The Jaguar 24 LED Globe Light is part of Gemma’s high quality street and car park lighting range that is designed and manufactured here in the UK. The high quality of production and testing ensures the light fixture is durable, and with a protection rating of IP65 the light can stand up to both vandalism and the elements.

On average the Jaguar saves more than two thirds in energy consumption when compared to similar, more traditional light fixtures. With the directional light source of LED it has effective light distribution and low CO2 emissions – another target of the hotel’s that the Jaguar could help to achieve. The Jaguar is topped off with a capped black sphere – further ensuring that light pollution is kept to a minimum.

The lights were a big hit with the hotel and customers alike. The longevity and durability of Gemma’s high quality products at the Portsmouth Marriott are estimated to have a lifespan of over 18 years, and the installation satisfied one of the key aims to reduce maintenance costs by removing over £1,000 worth of costs every year.

Having reduced the carbon emissions of the car park lighting to just three carbon tonnes per annum, energy consumption with the new Jaguars fell by 62% - reduced from over eleven thousand kilowatt hours every year to just over four thousand. The cost of the hotel’s energy bill for the car park lighting was cut by more than 50%, saving over seven hundred pounds every year from the point of installation - a saving that will only grow as the cost of energy continues to soar. This also means that the total cost of the Hotel’s car park lighting in energy and maintenance bills was reduced by 79%.

The whole of Marriott internationally set about a plan to reduce energy consumption two years ago, and we have done several things to achieve this such as joining the Green Tourism Scheme and switching to LED signage. We looked at our energy usage and identified one of the largest portions of our energy consumption as the car park, so Craig began looking into options for this and we selected Gemma Lighting. I like the lights because the black portion on top looks good and ensures minimal light pollution, the lights are better for us and our security, and provide better safety for users walking around the car park." 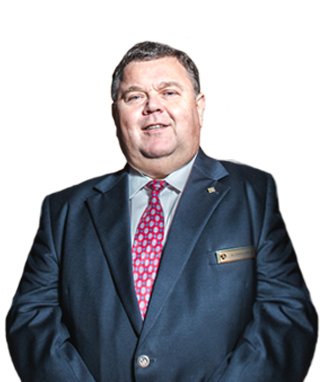